Half of the team arrive here in kenting settled in our minsu. One more arriving later tonite, another tomorrow afternoon . The winds is howling nicely outside, the TW n HK guys told us they had a fantastic time practicing today n tomorrow's winds will be better.

An eventful trip so far right from the start. One very important lesson today was always check your passport has 6 months of validity before you travel. One of us unfortunately had to be turned back at HK after the Cathay staff failed to check n allowed boarding at SG. Thankfully the other one made it.

Thanks for all the wishes, we will do our best. Just to get the expectations right, win trophies nah we are not there yet. This is only our 4th F3f race in 4yrs, yes once every year. Those guys have league race every month and informal race every other week. Every year we come , we improve a little bit, We learn from them, go back , spread the knowledge around , the standard gets better on the whole.

For mself n Jon, we aim to do better than last year. For the other 2, I got to salute them, one has little slope experience, has some leave ard this period, spontaneously decide to join us n bought a new plane to race. The other has totally zero slope experience, and tmr he will be facing winds up to 20m/s. For them simple objective, to go back with their planes intact. I applaud their just do it spirit. 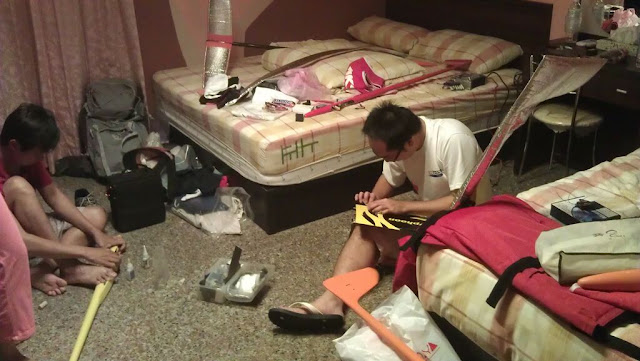 After a hearty breakfast we made our way to the flying site. The HK n TW guys were already there, wind was blasting away. All of us managed to clock in some flights, we finished with relatively minor damages compared to last year. My Alliaj had a broken nose, jons' predator flap linkage n vtails rod came loose, Vincent's mystery cracked fuselage, Shaorong' ginger had a good save after a gust blown his plane backwards and landed 100m behind in the bushes. Wind speed reached an average of 22m/s gusting 27m/s in the afternoon. Just sitting there, we were slapped by the wind many times. 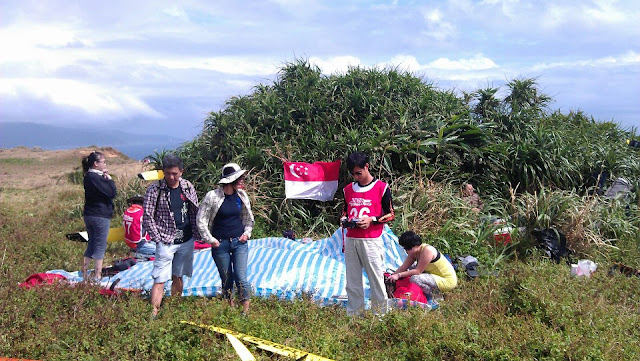 Day 1 started with rain in the morning, we waited for about 45mins before the race gets underway. Wind conditions were similar to practice day.

Jonathan started with a well timed n smooth flight on his very familiar Predator to finish with his personal best n first sub40. Unfortunately a hard landing on rd 4 cracked his fuselage and he is done for the day.

Vincent performed brilliantly for a first timer in f3f race as well as just his 2nd day flying slope, managed a very nicely done 40.xx on rd 3. In rd 4, he was coming in nicely for a landing when one of his flaps got stuck n unable to close , causing his strega to flip low on the ground. This forced him out for the day.

Shaorong maidened his typhoon in rd 1 of the race n did superbly to land undamaged. He finished rd 2 nicely with a 61.xx , unfortunately on the way to land, he took his eyes off his plane for a split second and lose sight of his plane. It got blown back into thick bushes far behind. We searched high and low but cant find the plane.

I was settling into the race comfortablely, however by rd 4 , I felt my Cyril hitting a plateau and not getting the pinging turns that the hk n tw guys were getting. I asked ard for some advice, Again the TW guys were ever so helpful and shared some tips. I fine tuned my settings a little by little every round after that n can feel the flights getting better. On the last rd of the day, I broke my pb to finish off with a 30.49, so close to the magical sub 30.

Xiaohei (Mr.O)  broke the wr again with a 26.10. 3 spectacular crashes in flight all by tw guys on base a. One needle DSL spiral down crashing into the cliff below with a loud thud. One stinger's tail twisted n sheer off in flight, last was xiaohei' needle, the fuselage ripped off in the front end on a tight pull, leaving the wings with the joiner falling like leaves while the fuse ejected forward. Shows the amount of stress the planes are under going.

Some more repairs tonite n we should be back in action tmr. 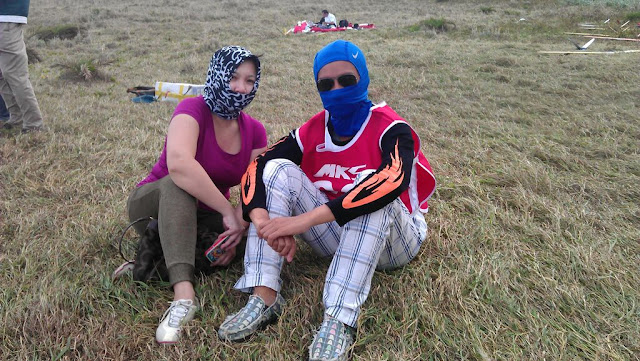 Day 2 started with wind speed about 4-5m/s slower than first day. It was more comfortable to fly for all. having adjusted to the strong wind of day 1, we had to readapt to the lower wind speed , esp the timing of the bases and landings
Pretty decent day, till Vincent's strega stalled on landing n spiralled down and hit the bushes. Joiner broken, one of the wind spar also broke forcing him to retire the strega early.
Winds to pick up today.
Day 1+ 2 results http://www.f3f.url.tw/f3f/20121026-2.pdf
Some Pics from tw http://www.rcgroups.com/forums/showt...4#post23105305 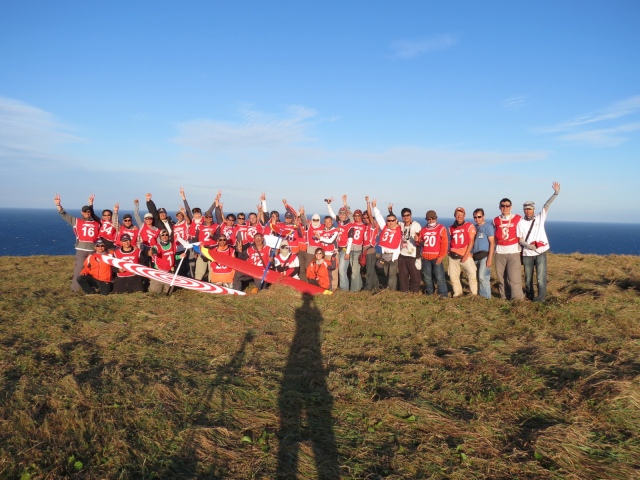 Day 3 of the race, we were blessed with good wind and weather. 18-20m/s average bursting 25m/s. Another 8 rounds were flown. Everyone was pushing themselves to beat their own PB timing. Game was smooth flowing and tempo was good, pilots didnt have to wait too long for their next turn.
Vincent did a very well timed run in Rd 20 to get his PB of 40.39 on his mystery. Bad luck again in Rd 22, a receiver failure caused him to lose elevator control shortly after launch. His glider was bobbing up and down, got blown back behind the safety line and crashed behind. luckily nobody was around the area.
I had some consistent runs, and was tweaking my settings after each round to try to get better.Tried but didnt get the feel as day 1, didnt go any faster.

Summary
The 3 day race ended with 24 rounds flown, fastest timing of 26.10s was from xiaohei TW, most pilots broke their own PBs, a total of 9 pilots went sub30. The Kenting Lunpung slope is one of its kind, magicial, exciting , a definite must visit flying site for every F3F fan.
Our team did pretty well, considerating the circumstances. Although we lost 1 plane, the 2 new guys did superbly well, i commend them for their efforts and hope they were inspired to do bettter next trip. Well organised race by the Taiwanese slope association. Many things learnt on this trip that we hope to share with you guys on the slope this season. It was great meeting up with friends from HK and TW again, lots of fun mingling with them, we look forward for next year's trip.
PBs / Final rankings
Pang - 30.49s / 10
Vincent - 40.39s / 28
Jon - 39.85s / 33Shaorong - 61.27s / 35

A variety of models were flown at the contest, the needle100 continues to impress, its almost the perfect plane for Longpun slope. 2 new models that stood out this year were Stinger (VVmodels) and Pace (Lesky Composite). The hongkong team had 4-5 stingers, they told us its very good for light-med wind, weak point is it cant carry alot of ballast. Even then, it was very impressive in 20-25m/s wind, Kenneth from HK clocked a 27s with it. The Pace like the needle is 2.5m cross tail, very nice carbon finishing and very tough. Its able to handle rough landing without problems.
Besides flying, many things to do at kenting (night market, ATV, go cart, coral reef viewing) + lots of nice food. Fresh seafood and cheap too. Too many things to do, 4 days is not enough, next year we will go earlier, hope more guys can join us, very family friendly place. 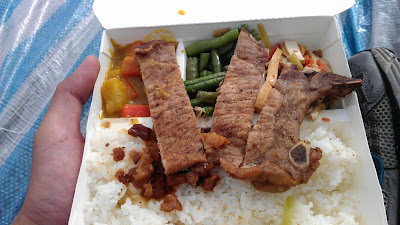 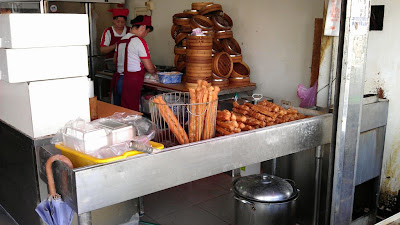 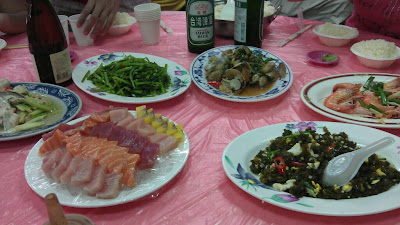 Rest of the pics 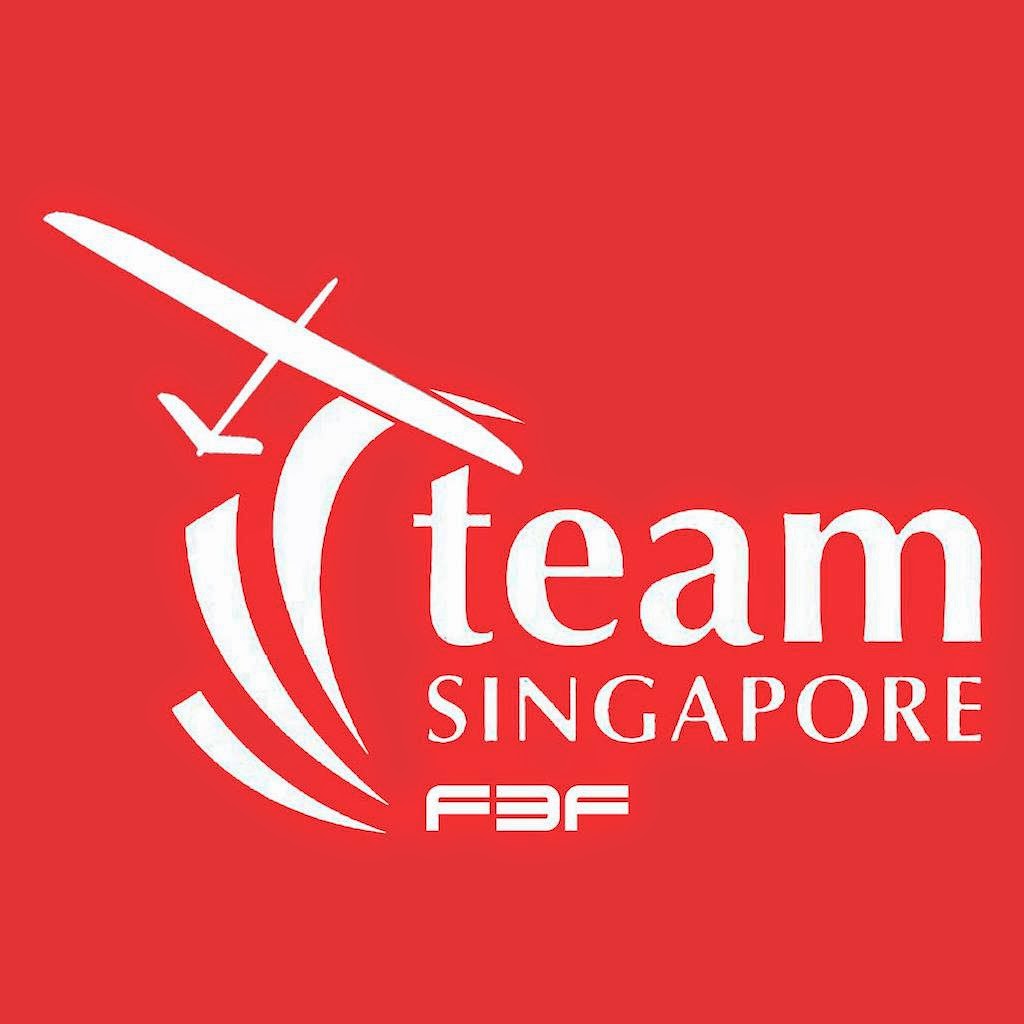